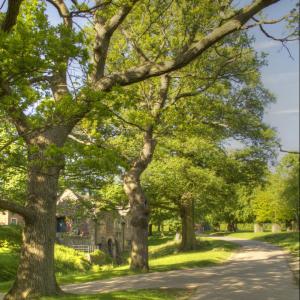 The Woodland Trust is urging tree lovers in Manchester to stump up nominations to become the next Tree of the Year, with the conservation charity also calling on Government to act on proposals which could lead to increased protection for some of our most famous and ancient specimens.

The Brimmon Oak in Wales narrowly missed out on being crowned the 2017 European Tree of the Year and the Woodland Trust, supported by players of People’s Postcode Lottery, is hoping to go one step better next time around.

People are asked to nominate a tree ‘with a story’; this could be a link to a historical figure or event, a tree at the heart of a community or one which is just well loved. In Greater Manchester alone the Trust has recorded 135 trees on its Ancient Tree Inventory, three of which are ancient.

Jill Butler, Woodland Trust ancient tree advisor, said: “We came so close to claiming the European crown this year, which is incredibly heartening to see such support and love for a UK tree. With the recent positive news about improved protection we hope everyone nominating a special tree this year may soon see better protection in place.”

The Trust is supported by Salford-based City of Trees, which is working to identify trees in the Greater Manchester area as part of its Heritage Trees project. Beth Kelsall, Project Officer, City of Trees added: “As part of our Heritage Trees project people have identified thousands of amazing trees in and around Greater Manchester. From regal redwoods to magnificent maples, the city region is packed full of remarkable trees and woods, all with a story to tell. “The Tree of the Year competition is a fantastic way to celebrate our fantastic tree heritage and put Greater Manchester’s trees and woods on the worldwide map!”

Once again winning trees will also benefit from a tree care award of up to £1,000 thanks to support from players of People’s Postcode Lottery. This can be used for arboricultural surveys or other maintenance, interpretation or even to support a community event in celebration of the tree.

Clara Govier, head of charities at People's Postcode Lottery added: “We are delighted that players are able to support this wonderful celebration of the nation’s special trees and what they mean to people. For the second year running money will be available to directly benefit the trees.”

The Woodland Trust has been recording data on its Ancient Tree Inventory since 2006 and over 160,000 trees have been added to date.

In September the Trust will reveal four regional shortlists for England, Scotland, Wales and Northern Ireland for the public to vote on before one UK winner is then crowned. Anyone wishing to nominate a tree has until the end of July to take part at www.woodlandtrust.org.uk/treeoftheyear